back to search results

Mr.Yoshida was a second year student in the shipbuilding course at Nagasaki Prefecture School of Industrial Science. He received three major skin transplant operations at the Omura Naval Hospital after the bombing and has undergone numerous transplants since then.??August 9,1945. No matter how hard I try, I have never been able to forget the events of that morning.?An air-raid alarm was sounded but soon lifted. Seven students including myself left the shelter and began to walk back toward school. Along the way we stopped at a roadside house to draw drinking water from the well. For no particular reason, I looked up at the sky to my right when about to drop the bucket into the water, and I noticed two parachutes falling between a crack in the clouds. My friends also looked up, shading their eyes with their hands.??Suddenly, there was a violent explosion and I was thrown across the road into a rice paddy. Other survivors have described the experience of the atomic bombing by the expression pika-don [an onomatopoeic term equivalent to "flash-boom"], but for me it all happened in a fleeting dream-like instant.??It is said that there is no pain when injuries exceed a certain degree of severity. I was aware during the brief space of time between the explosion and my impact against the ground. It seemed like a fish was being fried and I could feel my body curl up with the intense heat. People usually associate blisters with burns, but when I regained consciousness in the rice paddy I found myself covered in blood. The skin on my arms had peeled off and was hanging down like a torn shirt from my fingertips. The open flesh was bright red with blood, but strangely enough there was no pain. On the contrary, I felt as healthy and energetic as ever. Along with my friends, I told myself that it was only a minor burn and that a little ammonia tincture would cure everything. The relief at having survived perhaps blocked out other perceptions temporarily.??However, I was shocked to 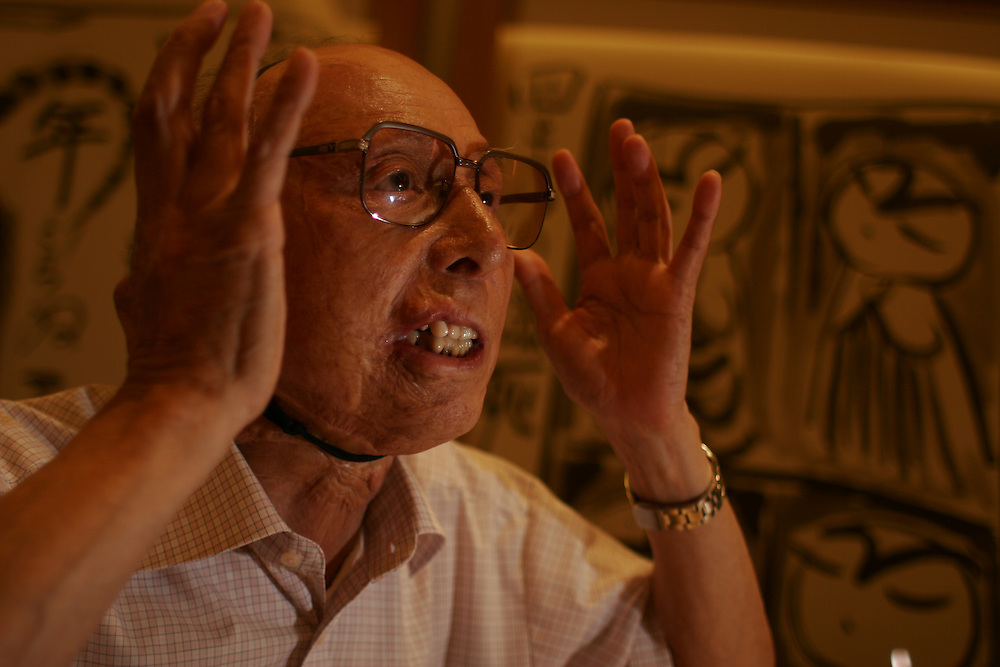