back to search results

Kaoru Yosano born August 22, 1938) is a Japanese politician. He is a member of Liberal Democratic Party (LDP) and member of the House of Representatives

Kaoru Yosano (??? ? ), born August 22, 1938) is a Japanese politician. He is a member of Liberal Democratic Party (LDP) and member of the House of Representatives, currently serving his ninth term in the Lower House representing Tokyo's first electoral district. Yosano was Chief Cabinet Secretary to Prime Minister Shinzo Abe from August 2007 to September 2007 and is currently State Minister in charge of Economic and Fiscal Policy...Born the grandson of poets Yosano Akiko and Yosano Tekkan in Tokyo, he graduated from the University of Tokyo in 1963. In 1972 he unsuccessfully ran for a seat in House of Representatives. Yosano then served as secretary to Yasuhiro Nakasone. He ran again in 1976 and was elected for the first time. On August 27, 2007, he was appointed Chief Cabinet Secretary to Prime Minister Shinzo Abe, replacing Yasuhisa Shiozaki. He was replaced by Nobutaka Machimura on September 27 when Yasuo Fukuda succeeded Abe.[1]..Yosano was appointed as State Minister in charge of Economic and Fiscal Policy on August 1, 2008.[2]..Yosano is known for advocating an increase in the consumption tax to reconstruct the nation's debt-ridden fiscal structure. His hobbies include golf, making computers, photography, fishing, and playing Japanese board games.[1]..Following the resignation of Prime Minister Yasuo Fukuda, Yosano announced his candidacy for the LDP presidency on September 8, 2008: "I believe politicians should never mislead the public by showing some rosy pictures. The LDP is facing the biggest crisis since its creation. I will contest the election with high spirits and the courage to lead Japan. Japan is going through a crisis. I will battle the situation for the benefit of the people."[3][4] In the leadership election, held on September 22, 2008, Taro Aso was elected with 351 of the 527 votes, while Yosano trailed in second place with 66 votes.[5] In Aso's Cabinet, appointed on 24 September 2008, Yosano retained his post as State Minister in charge of Econo 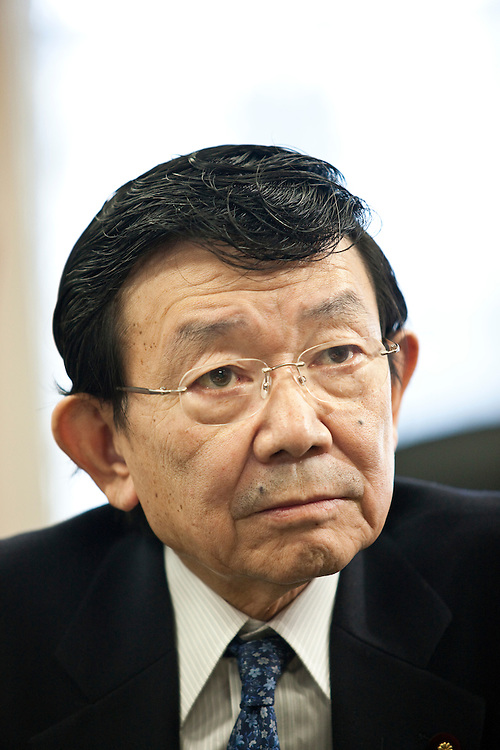