Une Toshie-86 --60 years have passed since then, and ?I'm now over eighty. On fine days, as I pulling my cart with its water bottles through the city, I am still offering water, I wish to console the souls of the victims by offering water from a small clear cup with the words Comfort Water for the A-bomb Victims written on it...When the atomic bomb was dropped over Hiroshima at 8:15a.m. on Aug.6, 1945, I was 26 years old. Since January of that year I had been working as head teacher at a nursery for children whose mothers were working at the Army Ordnance Supply Depot at the back of Hijiyama Hill, 2.7km southeast of the hypo-center. The depot was a factory producing weapons, repairing and sending them to the war front. ..There were 26 or 27 children at the nursery on that day. Eight older children were playing outside and the younger ones were sleeping in a big room next to the kitchen. As several kids were starting to wake up and cry, the nursery teachers tried to take care of them. I was in the middle of cooking some pumpkin but I went to give them a hand. Just as I was on my way, it became pitch-dark. I felt something overwhelmed me and I was pushed down on the floor. I stayed lying down, stricken with fear, but soon I realized the nursery would burn down if I didn't put out the fire I'd been cooking on. I struggled toward the kitchen and found the contents of the pot scattered around with bits of something glittering in it. The glass from the kitchen windows was broken and had been blown around, but I was just slightly injured. ..Getting up, I saw an orange-colored scene, extending as far as the eye could see. I felt as if I was standing in the glow of an evening sunset, despite the fact that it was morning. I couldn't understand what had happened. I had some idea that the nursery had caught fire, but then I wondered why I felt no heat and could see no fire around me. My first idea was only that the factory had suddenly been hit. The children were moving aroun 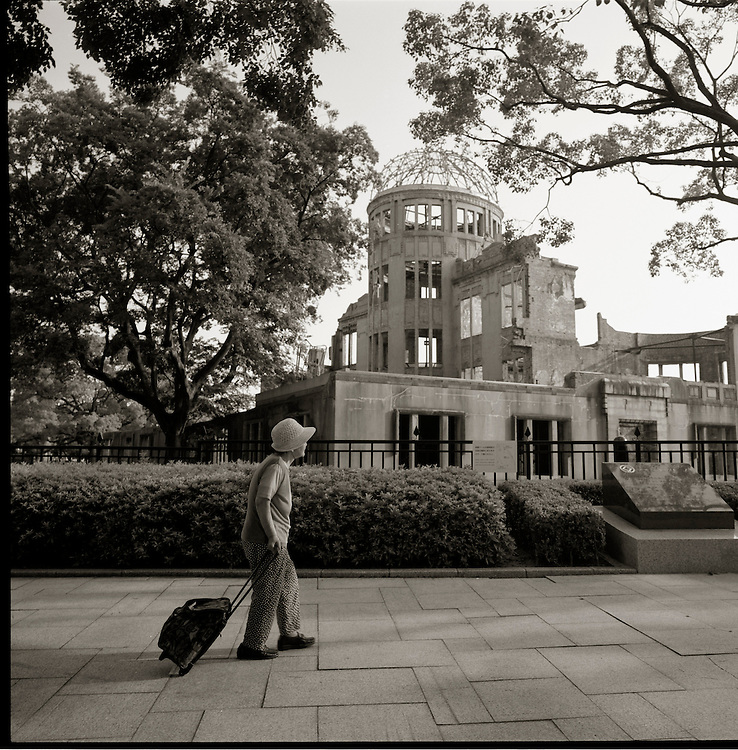