Beate Sirota Gordon, Author of "the Only Woman In the Room" a memoir of her years in Japan, after her return at the end of WWII. Gordon worked in McArthur's headquarters. She and others on his staff were charged to write a New constitution for Japan in less than two weeks .Holding a scarf with the words of the the articles of the Japanese constitution she helped draft.
Article 14, said in part, “All of the people are equal under the law and there shall be no discrimination in political, economic or social relations because of race, creed, sex, social status or family origin.”
Article 24, gave women protections in areas including “choice of spouse, property rights, inheritance, choice of domicile, divorce and other matters.” 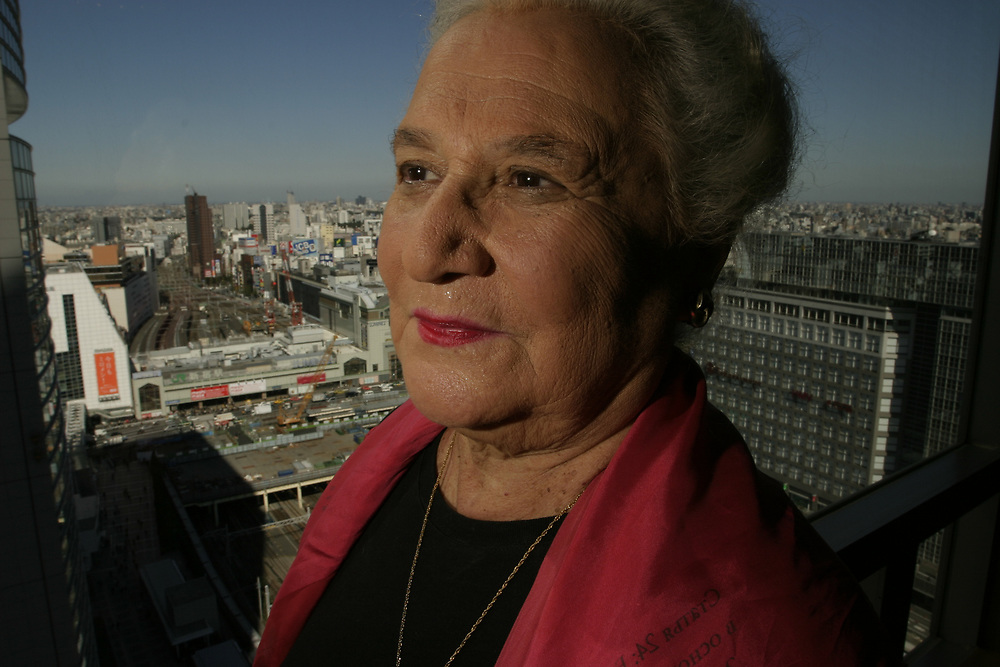