Miyoko Watanabe - 75 .The midsummer sun was already glaring on the morning of August 6, 1945. After the all-clear signal following the air-raid warning, everything went back to normal with people busy doing their own business. It was a Monday and the Japan Steel works where I had been working as a volunteer was closed. Going on an errand to a post office in Miyuki-bashi under the scorching sun, I could not bear the heat anymore, so I turned back home to fetch my parasol. I had just stepped out and was just about to open the parasol, when an intense flash burst upon me. It looked as if the gas tanks in Minami-machi on the other side of the river had exploded. The flash was a yellowish orange color, just like magnesium light but hundreds of times stronger. I instinctively rushed back into the house and laid myself down on my stomach as had been trained in evacuation drills. ..It became dark and there were ghastly crashing and rattling sounds. I don't know how long I was left unconscious, but when I came to and opened my eyes, I saw everything had been destroyed to the west except for the factory. I thought a bomb had been dropped there on the factory. I felt relieved to find myself alive. At the same time I was stricken with horror. Outside, I found the clear, blue sky had turned dim as if it were at dusk. Dust in the air blocked the view across the river. The place was filled with an indescribable smell. Pulling myself together, I looked back at my house to see if my mother was all right. Her hair was a mess and standing on end; her lips were cracked and her head bleeding; she stood there like some unearthly creature. Then I saw my younger brother staggering about with his white cotton kimono soaked with blood. "Are you both all right ?" I asked. "That's my blood. He's not hurt," replied my mother......It is not easy for me to talk about my experience as an A-bomb survivor. For me it is like airing my dirty linen in public. But here I am to talk to you 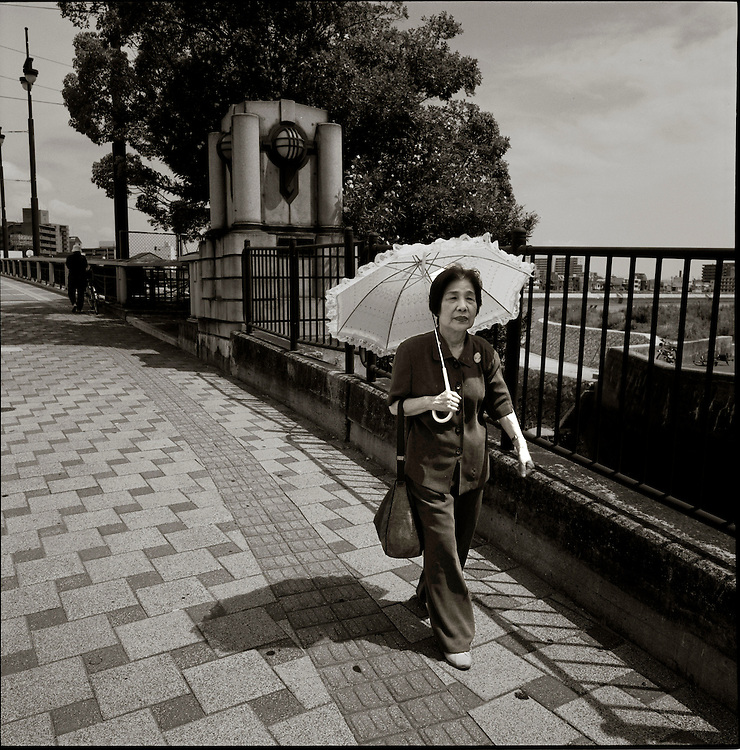