Shinzo Abe speaks far left at tokyo rally endorsing Local candidates for Office in the General election called by Korizumi's push to reform the Postal service.....An October 2005 government reshuffle saw him appointed as chief cabinet secretary, a key position sometimes referred to as the "prime minister's wife".....His promotion was seen as a sign that Prime Minister Junichiro Koizumi may want Mr Abe to succeed him next Year, when he is expected to step down. 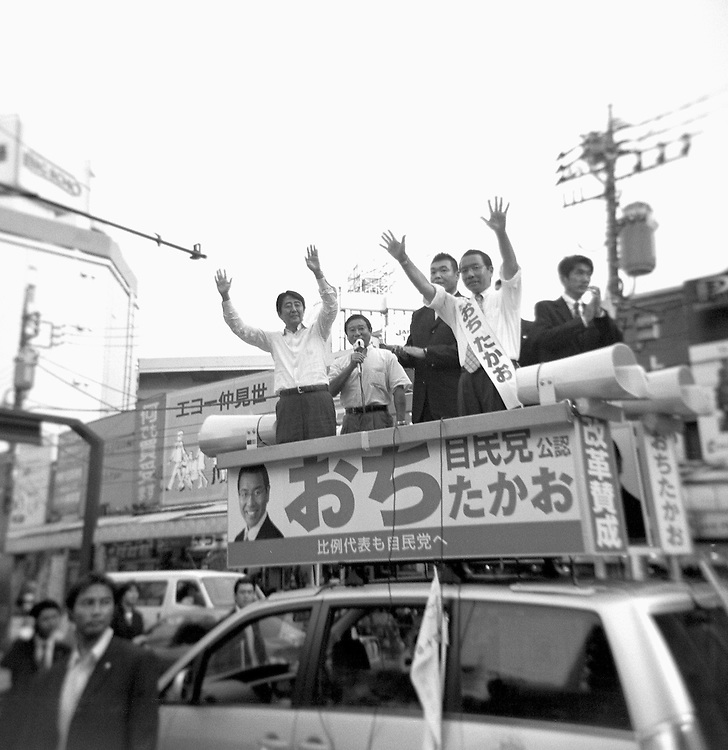